Save With YOUR Utility
Home 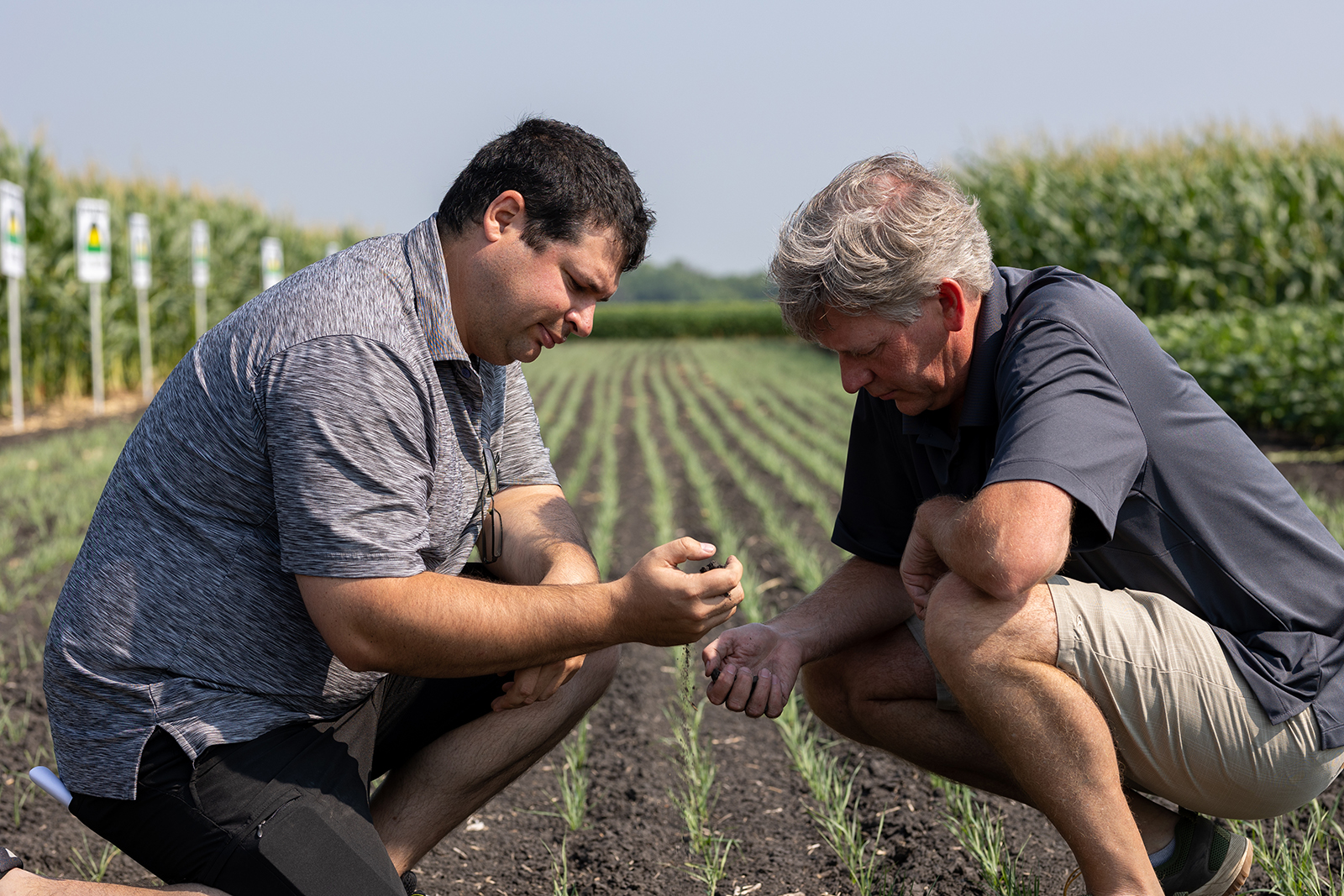 News You Can Use

Dr. William Aderholdt stood at the edge of cropland near Horace, N.D., holding the fruit of many months of field work. It wasn’t a potato or sugar beet – the typical yields of the region – but rather a bright yellow sensor stamped with a Soiltech logo.

The pint-sized technology was co-developed with farmers in Idaho and tested in the heart of the Red River Valley. The unit is planted into the ground at the beginning of the growing season and collects standard data like soil temperature and moisture. However, this device sticks with the crop throughout the supply chain, with an impact sensor that determines inefficiencies in transport and where bruising of potatoes or beets may occur. It remains through the end of the line, giving producers insight into the location and conditions of storage.

Soiltech Wireless developers were drawn to North Dakota as a product test area because of the market prospects, but it was the connections and resources they found that will keep them there. The company has begun working directly with American Crystal Sugar and hopes to open an office in Fargo – all from an initial partnership with Aderholdt and his team at Grand Farm.

“This is the sort of win that we think about when we have this platform people can build on,” said Aderholdt, who directs Grand Farm’s Program Management Office. “To those businesses, this is the best place to be.”

These kinds of ag technology innovations are the harvest reaped by the Grand Farm ecosystem of growers, researchers, developers and entrepreneurs. Grand Farm is a nonprofit initiative powered by the Emerging Prairie entrepreneurial hub in Fargo. Its mission is to help agriculture startups come together to build the farm of the future, creating industry leadership in ag autonomy, data visualization, soil and crop health, public policy and more.

On July 22, Grand Farm organizers invited community and industry leaders, tech investors, policymakers and the general public to its Innovation Site just south of Fargo, N.D. More than 70 attendees turned out for the North Dakota Innovation Acceleration Day event, one of dozens of gatherings and conferences hosted by the program each year. The agenda showcased the potential of Grand Farm, moving from tech demonstrations and test plot tours to startup funding and investment opportunities.

“At Grand Farm, we really believe in innovation through collaboration,” Grand Farms Ecosystems Director Andrew Jason told the crowd, kicking off the day with a backdrop of sunflowers and soybeans. “We aim to be the facilitator that brings people together to solve the big problems in agriculture. And I think today is a prime example of the power of our partners.”

Grand Farm was born in 2019 with a five-pillar vision to enhance agriculture in the Midwest and, ultimately, around the world. The vision starts with bringing innovators and motion-makers together – the ecosystem developed with events like Innovation Acceleration Day. From there, Grand Farm helps entities through an “innovation platform,” or system of collaborative projects and resources.

“The third pillar is the test site itself, a place where people can come, they can learn, they can experience and see what the future of agriculture will look like and what their role could be in that,” explained Grand Farm Director Brian Carroll as he walked through a test plot of corn. He continued on to describe the fourth Grand Farm pillar, upskilling the workforce – a goal realized through the development of a software coding program that has already graduated five cohorts, most of whom are filling the gap of technology-trained workers needed for the flood of new positions within many of the ag startups in Grand Farm’s ecosystem. Carroll says that before entry-level enrollees begin the program, they are making an average of $20,000 a year. After their 20-week training, they are making an average of $55,000 a year.

“A big part of the Grand Farm is understanding what the workforce development is, and creating those capabilities so that people can come in and work on the farm,” Carroll said.

The final pillar of public-private partnerships is where all elements come together to impact the future of agriculture, using the resources of Grand Farm as a platform for partners to try new things, in a low-risk test environment, to better inform tomorrow’s public policy.

“What we want to do is energize communities. We want people to be excited about agriculture here, within this region,” Carroll said. “And how we’ll measure our success is by how many partners we build.”

If partners are the indication, Grand Farm’s success is off the charts. The program started with three partners in 2019, grew to nine partners in 2020, and has already ballooned to more than 50 partners in 2021. The directors hope to have 100 by the end of this year, joining partner powerhouses like CHS, Microsoft and North Dakota State University in working on research and development projects collaboratively. Grand Farm facilitated 41 projects in 2020 and already has more than 300 projects active in 2021. To host more and more projects, the test sites have expanded from 40 acres to 140 acres, and demand is growing.

“The one common thing that all of our partners talk about is the need for more space,” Carroll said, and then pointed to the large, white event tent across the field. “Eventually we want to replace that tent with a makerspace, a conference center, a place where corporations, educators, and organizations can come together to meet and collide, but also work on things that lead to a common purpose.”

Growth in a new world

The COVID pandemic created endless challenges for businesses and developers, but it also bloomed opportunity and renewed determination for Grand Farm. Aderholdt says a key set of 2020 projects was almost halted until 2021, but the pioneering drive of their partners was more voracious than the virus.

“They said, ‘We have to get out there. In fact, we’re going to do MORE than expected,’” Aderholdt said, recalling one conversation. “The idea was that they were going to be future-looking, to help people not so much focus on the problems of the present, but into the future.”

Before COVID hit, around 90% of Grand Farm’s efforts were local. When virtual meetings became common, it became easier for directors to communicate with innovators worldwide. Grand Farm quickly became an international talking point, and companies from around the globe are still reaching out daily to ask how they can get involved, start a project or participate in an event.

The Grand Farm ecosystem has gone global, but the heart of the hub remains in the region, and that was evident in the conversations happening during Innovation Acceleration Day.

“The Grand Farm concept has gone from a dream to real possibilities,” said event attendee Marshal Albright, president and CEO of Cass County Electric Cooperative (CCEC). “It has created an entrepreneurial buzz that will inspire innovation because of the opportunities and strong support from our local communities and state programs.”

CCEC assisted Grand Farm in bringing electricity to the test site, and Carroll says he sees the cooperative model as a design element of Grand Farm.

“That’s just what we have done here in rural areas in order to organize and face common challenges. So that’s what the Grand Farm is at its essence,” he said, acknowledging that power needs will be a major discussion point in designing the more electrified farm, and community, of the next generation.

“If we’re looking at the growth of rural communities, it’s not just about the farms – it’s the education systems, the health care systems and all the things that need to come in to support that growth. I think energy is a big piece of that,” Aderholdt added. “If you look at any sort of electric vehicles or tractors that are coming up on the farms … all of those are extremely dependent on a stable and reliable electric grid.”

Before you call us, maybe your questions have already been answered.